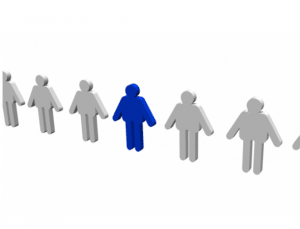 In case you didn’t know it, Citizens United for Research in Epilepsy (CURE) is the nation’s largest independent, private funding agency for epilepsy research. Since CURE began in 1998, they have supported 151 projects with more than 26 million dollars. On February 13, 2014, CURE awarded six new research grants in their drive to accelerate epilepsy science and find a cure. And they report a surge in applications this year—a record 200 competitive proposals.

I find it heartening to imagine so many great minds in so many laboratories hard at work. The answer is out there somewhere. This is a good moment to reflect on what it means for Jack’s Army that just last year that our own Dr. Edward Cooper claimed a CURE prize, the “Rock the Block for Pediatric Epilepsy Research Award.”

If you click on the Cure Epilepsy web page, you see a little icon of stick figures. Below the image it says starkly “1 in 26,”  a reminder of how many Americans will develop epilepsy at some point in their lifetime. One in 26. That’s a lot of people. It’s an urgent problem.

I don’t know if more than 26 cases of KCNQ2 encephalopathy are known yet, and that’s a global count. Understandably, some might wonder why, among all the deserving research proposals that CURE could choose to fund, they would select Dr. Cooper’s, which targets such a rare form of epilepsy. But Dr. Cooper’s success in vying for coveted grant funds (which went largely into building mouse models that carry three different versions of KCNQ2 mutations) means he made a strong case for the translatability of his research.

Dr. Cooper’s research is that promising—not just for the rare group of children like Jack, but for the basic understanding it offers about the essential role potassium channels play in the function of neurons. And that knowledge potentially helps a lot more of those 1-in-26 Americans.

Read more about Dr. Cooper's ongoing work in The Cooper Laboratory at the Baylor College of Medicine here.
JComments